Fifty different schools took part in a nationwide Mathematics competition organised by King’s-Exeter Mathematics Colleges in London. The competition was to create a video on one of three famously challenging Mathematics problems, explaining the problem and extending the thinking on the solutions to the problem. The problems were ‘The Seven Bridges of Königsberg’, ‘Fermat’s Last Theorem’ and ‘Bezout’s Buckets’.

Three teams from The Heathland School won prizes in the competition and were invited to a Mathematics workshop and prize giving ceremony at King’s College campus on the South Bank. At the workshop the students were joined by prize-winners from other schools and worked on problems related to the famous theorems. They were assisted by undergraduates from the college. It was fantastic to see how our students interacted with the undergraduates and gained valuable insights on matters such as Proof in Mathematics. There was a riveting lecture by professional mathematician Will Donovan from the University of Edinburgh. He showed the students how to engage with a lecturer in a college situation and this will be invaluable for our students when they go on to University. He also highlighted the fact that Mathematics is a profession in its own right. 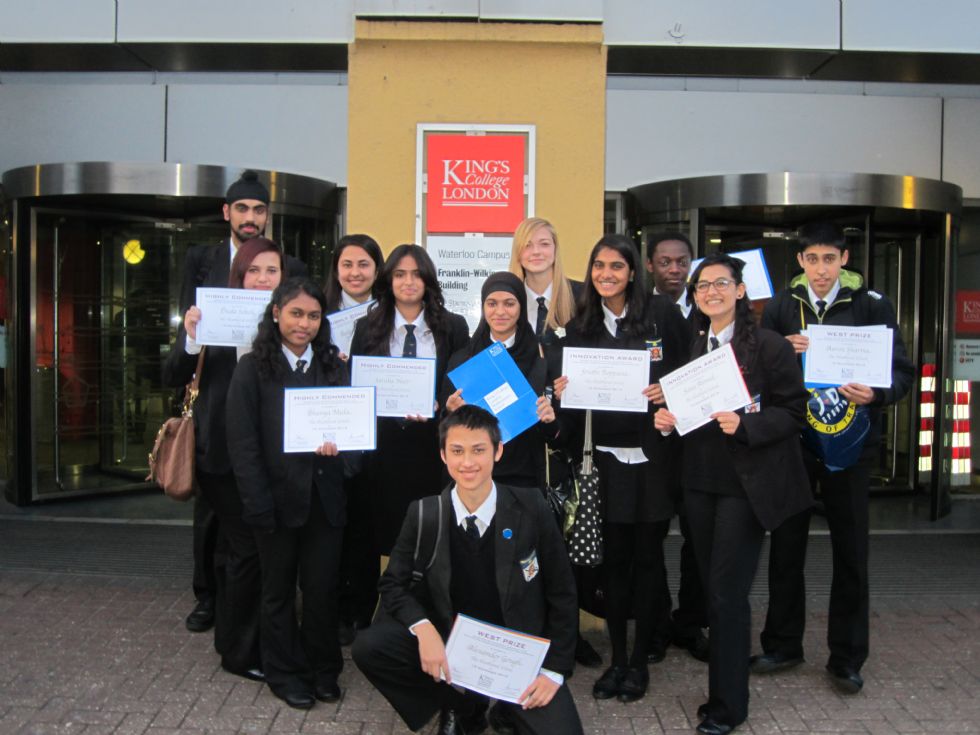