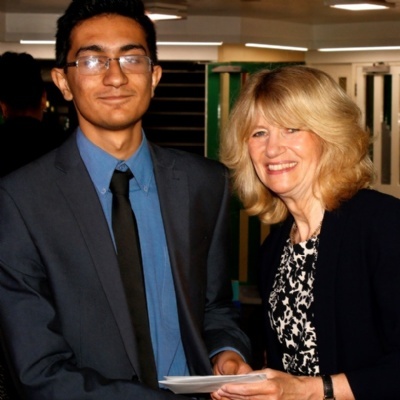 The audience was packed with over 400 GCSE and A Level finalist students along with many beaming and proud parents and family members. The annual event celebrates the success of the world class Heathland students.

‘Immensely proud of what you have achieved’

The Headmaster praised the hardworking students. Nearly 180 of the student attending will be starting university courses this year including 8 students going on to study at Brunel University, to the delight of Prof. Buckingham.

Amongst these high flying students 4 other student are set to take up places at the world renowned Oxford and Cambridge universities. 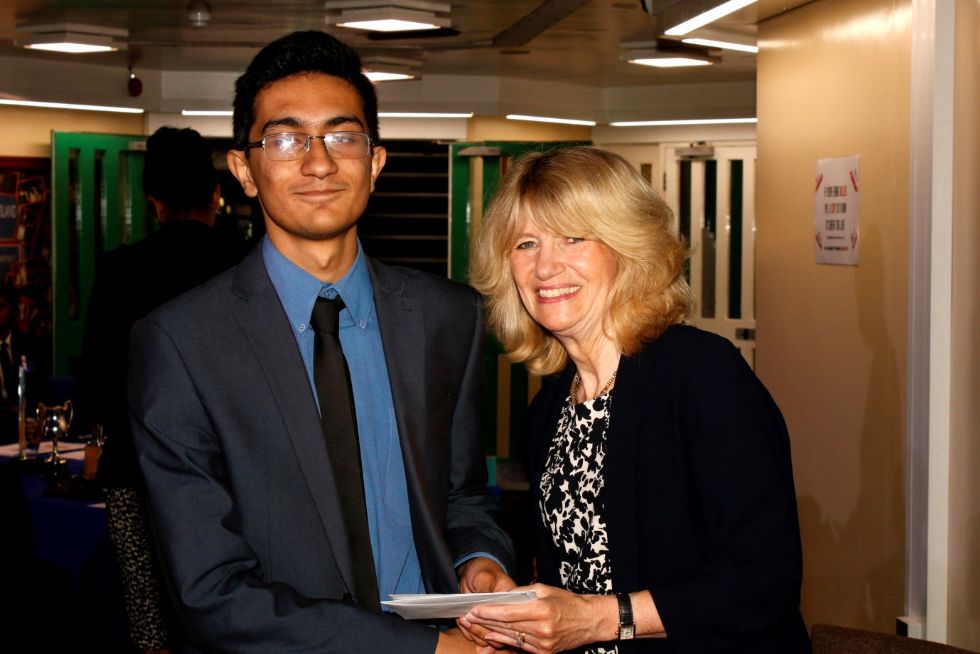 Aqib Khan, student at the Cambridge University received his award from Prof. Buckingham 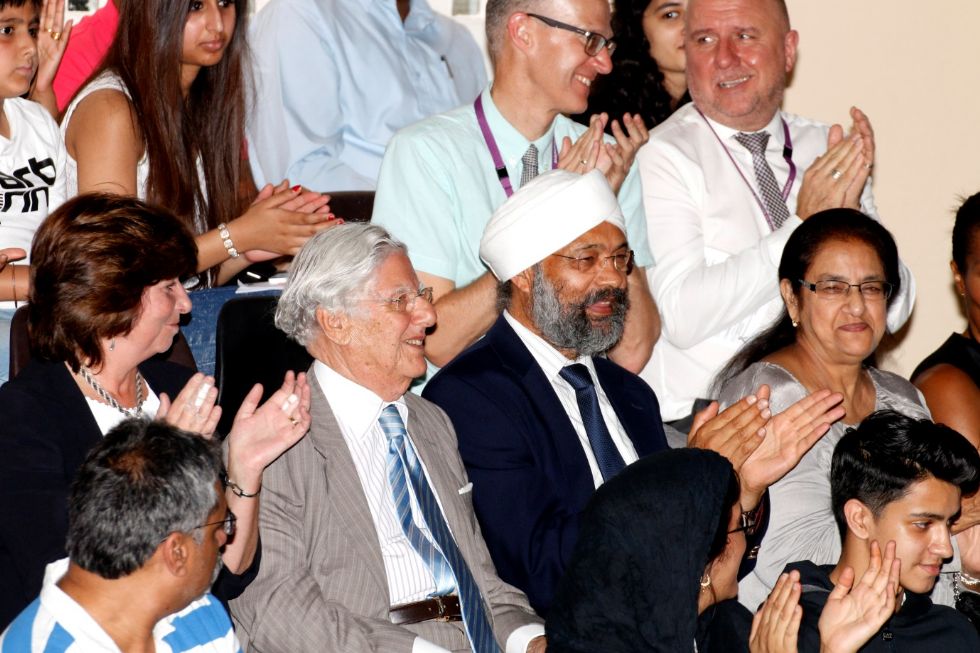 Our First Headmaster, Mr Geoffrey Samuel was in attendance to the delight of the sixth form students. 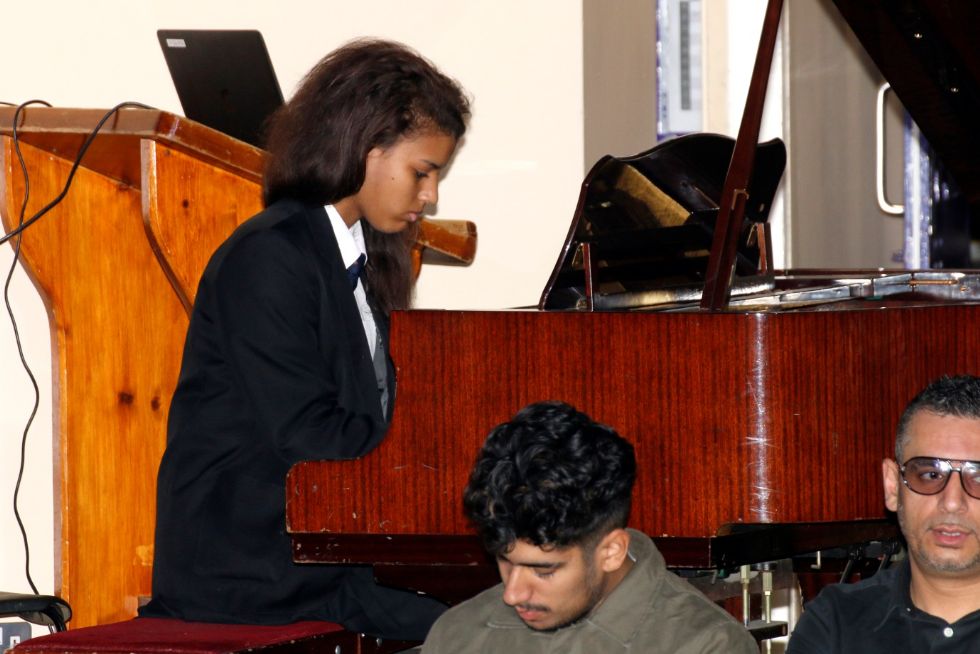