The Story of an Auschwitz Survivor

‘A’ Level History students and staff were privileged to hear a moving talk by Eva Schloss, one of the remaining survivors of the Holocaust. She fled from Austria, along with her Jewish family, to Amsterdam but they were forced into hiding once Nazi occupation began in 1940. Her family were betrayed and Eva, her mother, father and brother were arrested by the Nazis in 1944 and taken to Auschwitz. Eva didn’t see her father and brother again but managed to survive in Auschwitz, along with her mother, until the Russians liberated the camp in January 1945. Eva was only 15 at the time of the liberation and had to rebuild her life. She came to London in 1951 to train as a professional photographer.

Eva had met Anne Frank during the time she was hiding from the Nazis in Amsterdam and her mother later married Anne’s father Otto. 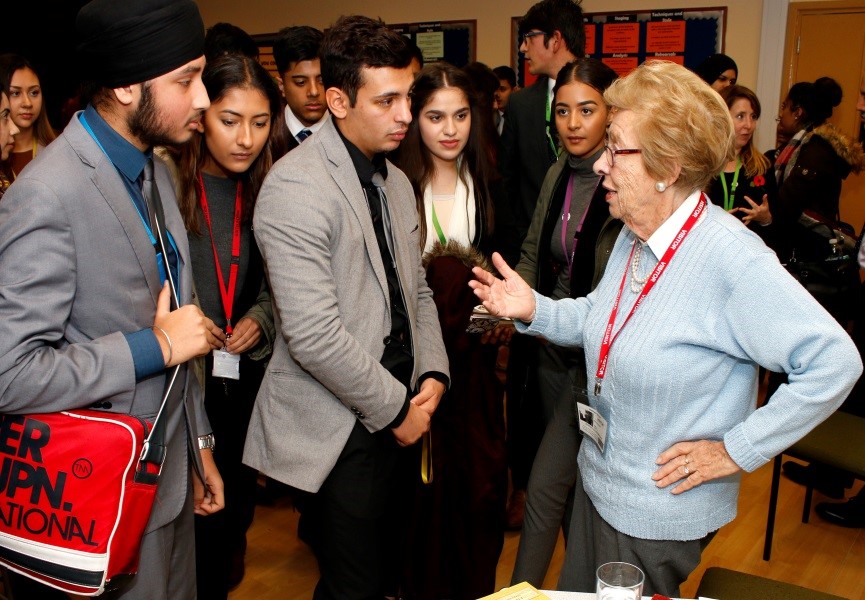 ‘To hear the true extent to evil in the Holocaust was an emotional yet eye-opening experience. Eva’s story is one that I will never forget.’ Malisha Hair 13BA