The Headmaster is made an OBE (Officer of the Order of the British Empire) by the Duke of Cambridge at Buckingham Palace on Tuesday 31st October 2017.

Mr. Pattar has been our Headmaster for 22 years. Under his leadership the school has gone from strength to strength. The Heathland is now one of the top 100 non-selective schools in England for progress and attainment, such that the Schools Minister wrote last year to congratulate the Headmaster on his achievements.

Two Ofsted inspection reports in succession have judged the school to be outstanding. The more recent report stated: ‘The headteacher sets the highest expectations for all members of the school community. He believes passionately that all students, irrespective of their circumstances, are entitled to the best possible education’.

Approaching 200 students every year progress to University, with 50 or so going to Russell Group institutions, usually including Oxford and Cambridge. Under Mr. Pattar’s leadership, pupils are challenged to be ambitious for achievement and excellence across all aspects of school life.
This very great success of The Heathland School in making a real difference to pupils’ lives shows why this honour for the Headmaster is so richly well deserved. Mr. Pattar’s OBE also reflects well on the whole school, so that everyone in the school community – parents, pupils, and staff – may rightly take pride in it. 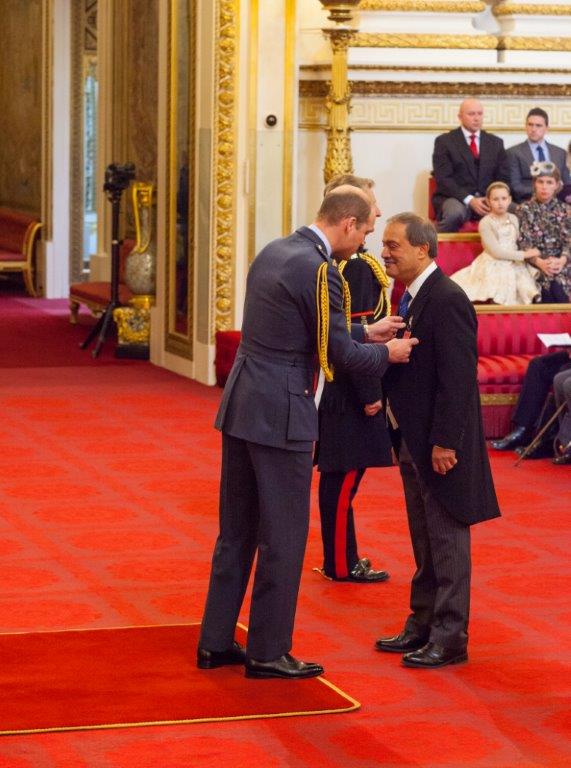