On Thursday 14th November, 10 gifted Year 12’s set out to attend a series of Maths lectures held at the Institute of Education in Russell Square. After managing the horrendous staircase at the station, a day of maths seemed simple! The lectures contained enlightening information about prime numbers (with the first fact being that 1 isn’t one!), an engaging presentation by  Professor David Speigelhalter from Cambridge on the chances of getting pregnant or dying due to eating sausage rolls and a fantastic presentation by Simon Singh on the secret (and rather complex) hidden mathematics in the Simpsons and Futurama!

Overall, we found the day incredibly insightful. The popular belief that Mathematics is just empty numbers was definitely broken. We were able to see the significance of patterns in Mathematics and the stories behind numbers, such as the taxicab number 1729. The lectures strengthened our interest in Maths and proved to be a truly delightful day! 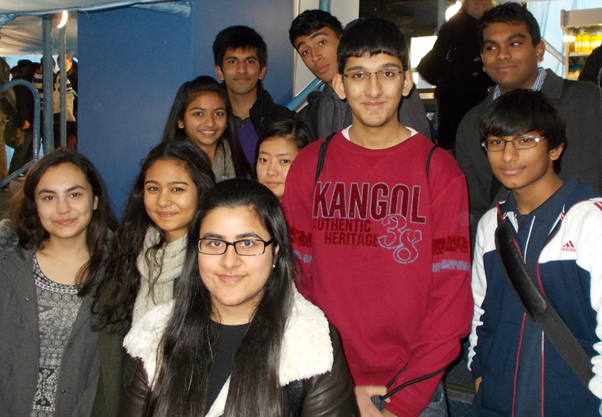 Written by Malali Toghey – 12 Pankhurst, a student at the Heathland School who attended the trip.